1. Global changes and tropical canopies: increasing temperatures and the ability of the epiphytes to migrate within the same tree

Microclimatic conditions at forest interior in northern Andean are changing as a double effect of forest fragmentation and climatic change. Epiphytes are distributed along the tree but mainly in the crown. What are the potential losses or gains in epiphytic biomass with raising temperatures in the Andes? Are epiphytes able to migrate lower in the trunk? Epiphytes were studied in 10 sites spanning 2000 km2, with changes in elevation from 50 to 3000 m. Sites are fully inventoried 1 ha plots where random trees were selected until reaching 35 trees hosting epiphytes. Epiphytes were divided in four contrasting growth forms: bromeliads, true-epiphytes, nomads, treelets. Biomass was calculated from allometric equations specific for each growth form from 30 randomly selected individuals in each class. Biomass was estimated per tree and extrapolated to one hectare. Host trees were divided in three height classes: base, upper trunk and canopy. Instrumentation for temp and RH was placed in selected sites in the three height zones. Simulations of within the forest temp, radiation and RH gradients were run to estimate the potential effects of climate change in the inner forest. We use LGMs including growth forms, future climates were modeled after simulations developed for inter Andean tropical valleys.

Our results showed that forests above 2.000 m had the largest biomass with up to 5 ton/ha; tropical rain forest below 1.000 m had 129.7 kg/ha in average. Host trees had an average of 114 g per tree in lowland forest up to 3.700 g in high elevation forests. Growth forms were restricted to particular height zones in the tree and we found a higher diversity of growth forms at higher elevations. Climatic models indicated that epiphytes from the outer canopy are going to be overexposed to excessive heat in the next 30 years and milder conditions will be found in lower strata of the tree.

Increasing temperatures will force epiphytes from the canopy to lower strata. We predict that the biomass from growth forms exclusively found in the canopy will be unable to migrate within the tree. Uphill migration will be limited because the closeness of the treeline. In conclusion rosette species will be facing increasing risk of extinction since they are only found in the outher canopy. Lowland species are suffering from attrition and only a limited set of growth forms with scarce biomass is expected to survive the increasing temperatures of the lowlands.

Epiphyte life span depends directly on the stability of the host tree. However like many clonal plants, epiphytes have the capacity of regrowth and to perpetuate in the forest. Moreover, epiphytes are very sensible to changes in humidity. Climate changes impact the epiphyte dynamic directly affecting environmental conditions and indirectly affecting forest (tree) dynamics. Specifically, we addressed the following questions: how does the epiphytes mortality rate change spatially? and how are these changes related to climatic factors? Particularly we examine whether mortality rate influence epiphyte species richness and evenness. Vascular epiphytes were studied in 10 sites spanning 2.000 km2 in the north of the Colombian Andes, with changes in elevation from 50 to 3.000 m. Sites are inventoried 1 ha plots where random trees were selected until reaching 35 trees hosting epiphytes. Epiphytes were divided in four contrasting growth forms: rosettes, true-epiphytes, nomads, treelets. More than 7.000 individuals (708 species) were recorded and monitored a year later. Causes of mortality were classified as mechanical (fallen branches and trees, and detached plants) and in situ factors.

Our results showed that mortality is relatively continuous, ranging from 5% yr-1 to 25% yr-1. Mortality caused by mechanical factors was three times superior than in situ factor. True epiphytes and nomads growth forms were particularly more vulnerable than others growth forms. Mortality causes were differentially by growth forms. For treelets and true-epiphytes more than 75% of their mortality was due to mechanical factors, while for rosettes and nomads, it represents less than 70% of their mortality. Multiple regression analysis indicated that climatic, more than forest structural variables, were related with total mortality and  mortality due to mechanical factors. There was no relationship between these variables and in situ mortality. Epiphytes richness was negatively correlated with mortality rates.

High temperature and evapotranspiration rates seem to affect forest dynamics and indirectly climatic factors act as a filter for species and growth forms. Our results indicate as well that more stable forests promote higher epiphytic diversity contradicting intermediate disturbance hypothesis. These findings suggest that epiphyte species with slow life cycles have a higher risk of extinction because their mortality is highly conditioned by falling branches and trees. We predict that the increase in temperature and frequency of extreme events in the next years will progressively increase mortality rates for epiphytes.

Diversity pattern of epiphytic Bromeliaceae in the northwestern Andes of Colombia.

Diversity pattern of epiphytic Bromeliaceae in the northwestern Andes of Colombia. BENAVIDES, Ana Maria. Corporación para Investigaciones Biologicas, Colombia. The northwestern Andes of Colombia is a diverse area in species of Bromeliaceae. The Catalogue of Vascular Plants Flora de Antioquia recorded 183 species, of which 70% have an epiphytic habit. In this study we examined the in situ diversity and distribution of vascular epiphytes, as well environmental variables (annual rainfall, temperature, rainfall in wet and dry months and wet and dry seasons) at 10 forest stands located between 62 and 2,887 m.a.s.l. in Antioquia, Colombia. Following SVERA methodology, a total of 850 species of vascular epiphytes were identified to species or morphospecies. The orchids were the most diverse group with 159 species, followed by bromeliads (105 species). Here, we present the results for Bromeliaceae. Bromeliaceae exhibited an elevational diversity gradient with a middle elevation richness peak at 2,100 m.a.s.l. However, correlations between elevation and environmental variables suggest that the elevational diversity gradient is affected by temperature and rainfall. For wind-dispersed species (anemochory) richness decreased with increasing rainfall, possibly because of deficient dispersion in wet environments, indicating that richness patterns differ among groups with different dispersal modes. Forest stands at middle elevations with lower rainfall present lower richness. At the forest stand level, matrix correlations between anemochory (wind dispersed) and zoochory (animal dispersed) Bromeliaceae composition and spatial-environmental variables (host tree structure and host spatial distribution) exhibited no patterns. Nevertheless, species showed vertical stratification, suggesting that mechanisms related with microenvironmental factors may lead to local distribution. In Colombia bromeliads are considered under threat and all species are protected. Legislation requires compensation strategies in the case of any intervention for species of this family. Currently, most compensation strategies involve transplanting plants to other forest. Results as presented in this study (that microenvironmental factors related with vertical stratification are key to species distribution) help improve compensation strategies. 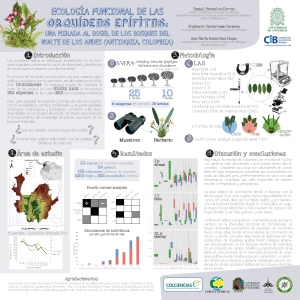 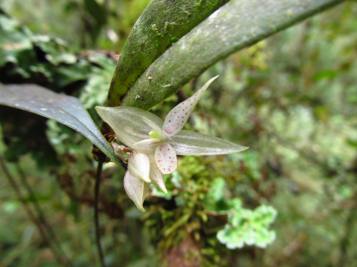 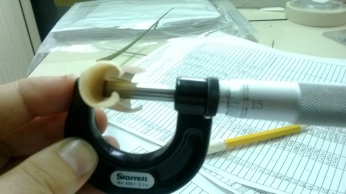 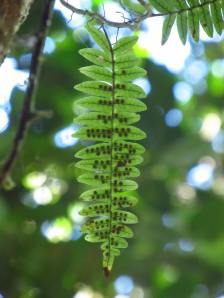 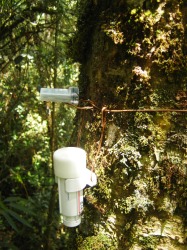 Epiphytes are more diverse and abundant in montane forest

Since April 2013, vascular epiphyte community is studied in the Andean Cordillera of Colombia. The aim of this study is to examine how epiphyte species diversity, composition, biomass, functional traits, and short term dynamic (mortality and growth) differ within forest in the Colombian Andean region. Here, we present a preliminary analyze about whether epiphyte structure (species richness and abundance) is determined by altitude, precipitation. In the 10 forest about 1087 epiphytic species (248 orchids,  202 bromeliads y 146 aroids) and 7244 plants have been recorded. True epiphyte species (983 species), prevailed over hemiepiphytes (103 species). Epiphyte richness and abundance was almost seven times as high in forest between 1860-2800 m.a.s.l. as in forest between 50-1030 m.a.s.l. Ordination analysis (DCA) showed that species composition was related to altitude and there is not a relation between epiphyte structure with precipitation. The results presented here suggest that altitudinal conditions determine epiphyte niche differentiation. This project is supported by Colciencias. 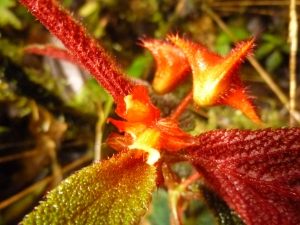 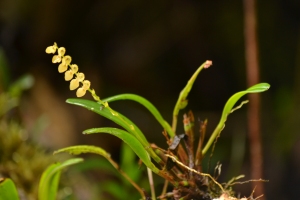 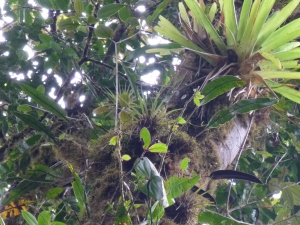 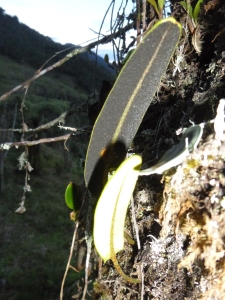 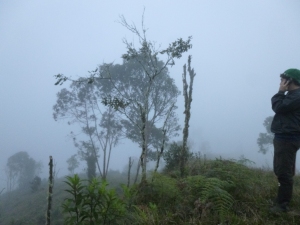 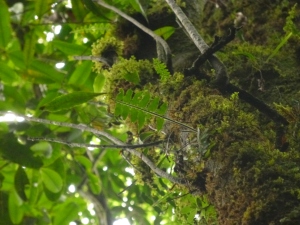